Following in Gertrude Stein’s footsteps, the project was an exercise in the “defamiliarization of the familiar while simultaneously familiarizing the unfamiliar”. The exercise thus provided a lens through which to reframe the everyday. It was an encouragement to ‘switch’ between familiar and normative modes of production, media, and poetics.

While in Mumbai, poems were distributed amongst participants, which they were encouraged to interpret as a pair, through drawings, doodles, poems, responses, photographs, sculptures, conversations, fiction, or even just by moving familiar objects around in a surprising way. These are taken from two of Stein’s categories: OBJECTS and FOOD. At the end of the residency, results from this period were selected for the studio presentation.

OBJECTS
For this session, participants took inspiration from objects found around the home. 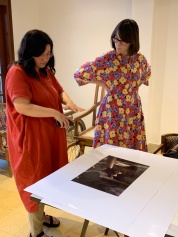 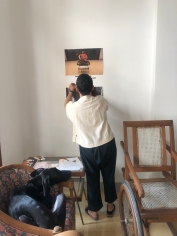 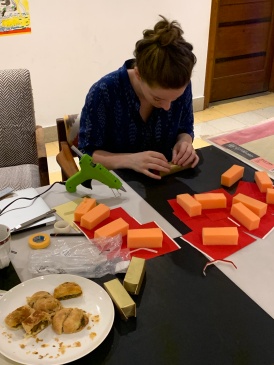 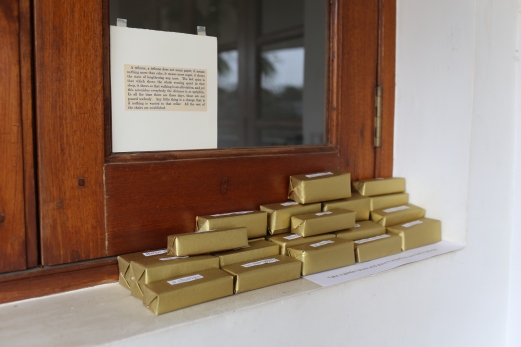 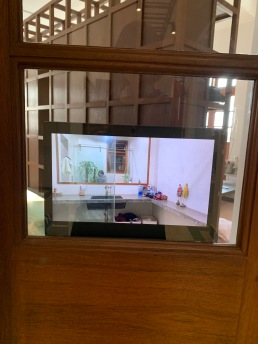 FOOD
For the second session, the fellows were taken on a visit to Crawford Market.

Adam & Rose, A cress, A crescent, A cross. Photograph and films. 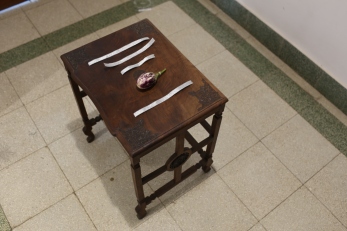 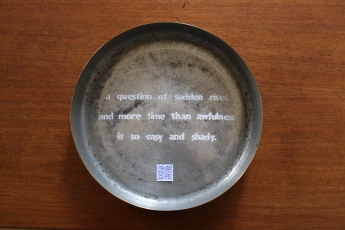 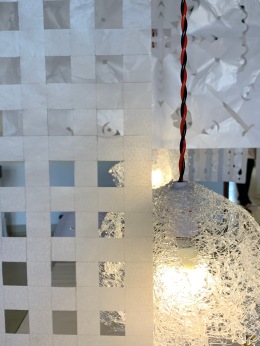